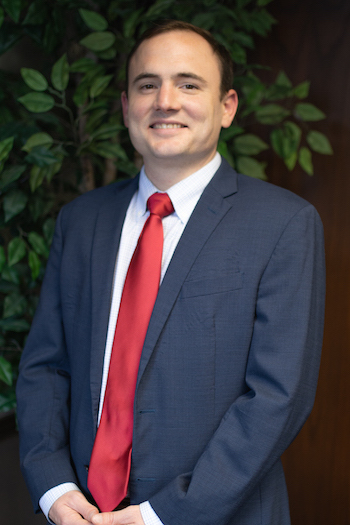 Stephen Woodall is an associate attorney at Kanthaka Law. His main areas of practice include criminal law and federal civil rights litigation. He is admitted to practice in the state of Alabama as well as in the federal courts of the Northern and Middle District of Alabama. Stephen is also admitted in the federal District Court of Colorado.

Before becoming an attorney, he served in the U.S. Navy for five years as a hospital corpsman where he obtained his Fleet Marine Force warfare designation while stationed with the Marine Corps on Camp Lejeune, North Carolina. His enlistment included an IA deployment to Guantanamo Bay, Cuba where he spent nine months working inside the detention facility at JTF/GTMO.

One of Stephen’s priorities is keeping an open line of communication with his clients and being responsive to questions. He knows how the legal system can be confusing and filled with unknowns. He therefore makes it a point to respond to emails and phone calls so that his clients are informed about their case and able to have as much peace of mind as can be expected when dealing with the criminal “justice” system.

Stephen is originally from Alabama, where he attended Samford University’s Cumberland School of Law. He obtained a Bachelor of Science in Legal Studies while he was still on active duty. He moved to Colorado Springs recently with his partner, Hannah. They love to hike and spend every weekend they can camping. Both of them are also avid snowboarders.