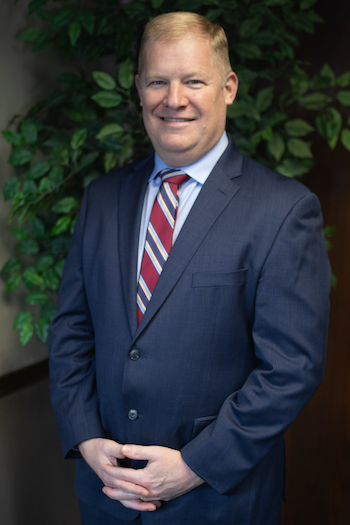 Jason M. Bell is an attorney member of the Kanthaka Law. Jason practices in will, trusts and estates; general business law and government contracting; military law; criminal law; and juvenile law. He assists clients achieve their estate planning goals and with probate matters. He is focused on providing exceptional client-focused legal services. He is admitted to practice in Colorado, Iowa, and the United States Supreme Court.

Jason served as an attorney legal advisor as a uniformed Judge Advocate until his retirement from the US Army in 2017 after 23 years of service. He deployed with the US Army in Operation Iraqi Freedom in 2003-2004 (1st Armored Division) and again in 2006-2007 (2nd Infantry Division) with service in Baghdad, Iraq. He is a recipient of the Bronze Star, Global War on Terrorism Expeditionary Medal, and the Iraqi Campaign Medal. He served as an Army Trial Counsel, Assistant U.S. Attorney (Fort Riley, KS), Brigade Judge Advocate, Associate Professor of Law (West Point), and Legal Advisor to the U.S. Army Space and Missile Defense Command. His professional experience includes advisor on the Law of Armed Conflict, prosecutor in military courts-martial, government contracting, administrative law, and Department of Defense Ethics Counselor. Jason also served as a military magistrate while at Fort Riley and Fort Carson.

Jason attended the United States Military Academy at West Point, NY. Following graduation in 1994, he was commissioned as an infantry lieutenant and assigned to the 82d Airborne Division at Fort Bragg, North Carolina. He earned the Army parachutist badge, expert infantrymen’s badge, air assault badge, and graduated from the Army Ranger School. After serving as a platoon leader and executive officer for three years, Jason attended law school at the University of Iowa College of Law where he graduated in 2001 with honors.

Jason and his wife of 20 years, Caydee, both grew up in Iowa amidst the amber waves of grain (Go Hawkeyes!) but are proud to call the Colorado Front Range home. They three great kids Nick, Sam & Olivia. His family enjoys outdoor activities such as biking and downhill skiing in the wonderful Colorado outdoors. Jason is a certified SCUBA diver and enjoys tennis and running. The family attends at Radiant Church (North Campus) and enjoys service and fellowship in the greater Christian community.

2001 Juris Doctor, Honors, The University of Iowa College of Law